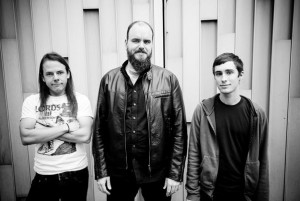 Temporary Residence will be releasing the new LP from Louisville, KY's Coliseum this summer. The album was produced by the band and mixed by J Robbins, and will feature guest appearances from Nick Thieneman and Jeremy McMonigle of Young Widows, Will Oldham (AKA Bonnie "Prince" Billy) and many others. More information regarding the album, as well as tour dates to support it, are expected to be announced in the coming weeks.

The band last released No Salvation in 2007 via Relapse Records.