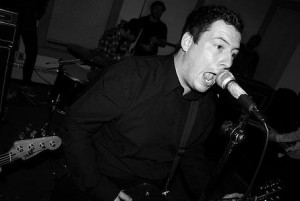 Via an Anonymous Source, Posted by Bryne Yancey Panic 12 years ago

Panic Records has announced a reissue of We're All Just Living, the 2007 EP from Make Do and Mend. Originally released on CD by Restless Minds Records, Panic will reissue the EP on 10" vinyl on May 4. More information is available here.

The band's most recent release was 2009's Bodies of Water.