Photo: Heather McGrath
Make Do and Mend is an American post–hardcore band from West Hartford, Connecticut, United States, that formed in 2006, who now live in Boston, Massachusetts. They have released 2 EP's on Panic Records, a split with TouchÃ© AmorÃ© and a full length in 2010 on Panic Records and Paper + Plastick. While technically members of "The Wave", along with La Dispute, TouchÃ© AmorÃ©, Pianos Become the Teeth, and Defeater, the band has since clarified that "The Wave" was merely an inside joke between those bands and does not represent a particular movement or subgenre in hardcore .

Formed in West Hartford in 2006, the band would later relocate to Boston. In 2007, they self–released their EP We're All Just Living (which was later re–released on Panic Records). This release was followed up by another EP entitled Bodies of Water, which was also released on Panic in 2009.

In 2010, after a year of touring with the likes of The Wonder Years, Set Your Goals, Shook Ones, Comeback Kid and Title Fight they released their debut LP, End Measured Mile, which was met with critical acclaim. The album featured guest vocals by Jordan Dreyer, of fellow Wave band, La Dispute. The band later signed with Paper + Plastick to release the album on vinyl. Later in 2011, they released a split 7" with another fellow Wave band, TouchÃ© AmorÃ©.

They will make their first trip to Australia in September—October 2011 as part of the Soundwave Revolution Festival. They will also embark on the 'Clash Battle Guilt Pride' album release tour with Polar Bear Club, Fireworks, Balance and Composure and Such Gold.

It was announced in July 2011, that UK–based independent record label, Holy Roar Records, would release Make Do and Mend's discography on a double LP. It will include the Bodies of Water and We're All Just Living EP's and End Measured Mile.

The band announced they had signed with Rise Records and would be recording a new album in February 2012, with an expected release in Summer 2012. The record is being recorded with Matt Bayles, who has worked with Mastodon, Minus the Bear, and Botch. 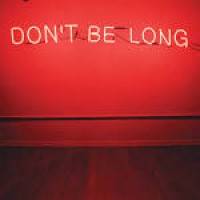 Make Do And Mend 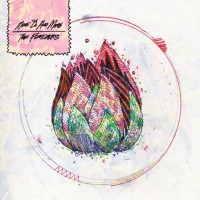 Make Do and Mend / The Flatliners

Everything You Ever Loved