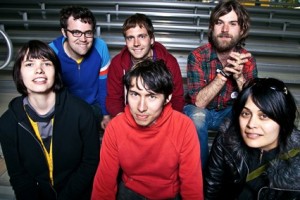 Contributed by tonynoidea, Posted by Aubin Paul No Idea Music 12 years ago

Defiance, Ohio have posted the first new song from their upcoming album. The record is titled Midwestern Minutes and is due out July 6, 2010 via No Idea. It is the follow-up to The Fear, The Fear, The Fear which was released in 2007.

Check out the track "Hairpool" on the band's No Idea Records profile page.