Sundowner: “In The Flicker” 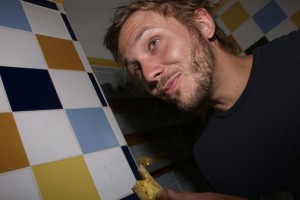 Sundowner has posted the first peek at his new album. You can hear the track "In The Flicker" at the Sundowner MySpace page. Mr. McCaughan's new album is titled We Chase the Waves and is due out August 10, 2010. It follows 2007's Four One Five Two. In the meantime Chris's other band The Lawrence Arms released Buttsweat and Tears in 2009.

Go take a listen and let us know what you think in the comments!