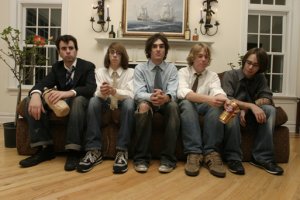 by Aubin Paul Music 12 years ago

Trophy Scars will be releasing two new EP's in the coming months. The first in the series, entitled Darkness, Oh Hell, will see a late summer/early fall release and will be self-released by the band on CD and digital formats. A possible release on vinyl is in the works as well. The 6-track EP was recorded in the winter of 2010 by longtime collaborator / producer Chris Badami (Dillinger Escape Plan, The Starting Line).

The EP series represents the first new material from the band since Bad Luck in 2009. The band has posted a new song from the first EP, "Trazodone," and you can find it on their Facebook Profile.

The band also has some tour dates planned this month. Find those here.