This Will Destroy You added to Deftones tour, releases new 12-inch 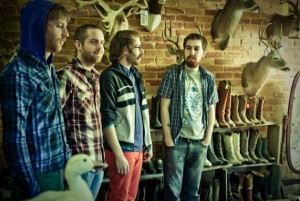 Via an Anonymous Source, Posted by Aubin Paul Magic Bullet Tours 11 years ago

This Will Destroy You, have been tapped to open a run of dates on the Deftones upcoming US tour. The band will perform a week of shows in September, bookended by the Deftones runs with Baroness and others. The band is gearing up to release Tunnel Blanket , their first new album since This Will Destroy You in 2008 which also earned a spot on two Best of 2008 lists here at Punknews.org.

While the band is not expected to release their album till February, the band has a new limited 12-inch picture disc available for sale through Magic Bullet Records. Check that out on their official website.