Polar Bear Club: “Burned Out in a Jar” (acoustic) 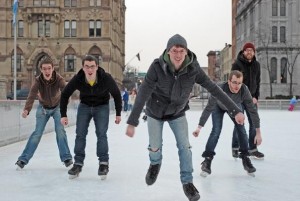 Polar Bear Club recently stopped by Hurley Studios to record an acoustic version of their popular track, "Burned Out in a Jar." The song appeared in its original, electrical form on 2008's Sometimes Things Just Disappear. Click below to watch the performance.

The band will wrap up a leg of Vans Warped Tour Dates next week before heading to Europe for three weeks of shows.

View this video at Hurley.com