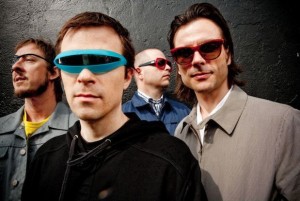 If you still haven't heard the lead single from Weezer's upcoming album Hurley, Spinner is hosting a free download of the track. Head here to grab "Memories."

Hurley is slated for a September 14, 2010 release via Epitaph Records, the band's first for the label after seven albums and seventeen years as part of the major label hit machine. We recently told you about some rumors that the group was planning a Pinkerton-centric tour to coincide with the release of that album's deluxe edition on October 5, 2010.