Exclusive: Make Do And Mend - “Night's The Only Time Of Day” 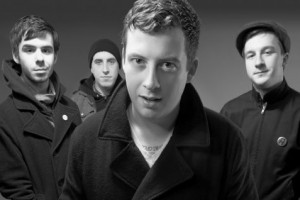 We're happy to bring you an exclusive video from Make Do and Mend. The video is an acoustic recording of "Night's The Only Time Of Day" from the band's upcoming full length, End Measured Mile, due out October 26, 2010 via Paper and Plastick and Panic Records. It'll be the band's first full-length, though they've released a couple of EPs -- 2007's We're All Just Living and 2009's Bodies of Water -- as well as a new split with TouchÃ© AmorÃ© that's currently up for pre-order.