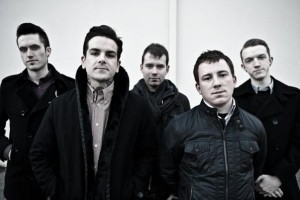 The Dear & Departed, who include L.A. Ink star Dan Smith and Shook Ones drummer Jimmy Walsh, have announced that they'll enter the Hurley Studio in Orange County, Calif., in mid-October to record their sophomore full-length. The album will be produced by New Found Glory guitarist Chad Gilbert (H2O, A Day to Remember, Fireworks) and engineered by Paul Miner (Terror, Throwdown, Death by Stereo).

The album will follow their Chapters EP, issued in January on Equal Vision, while their last full-length was 2007's Something Quite Peculiar on the defunct Science Records.