Antillectual: “Some of my Best Friends are Meat Eaters” 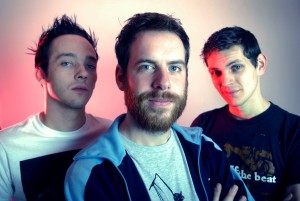 by Bryne Yancey Europe 12 years ago

Dutch power trio Antillectual have posted another new song from their upcoming full-length, Start From Scratch. The song, "Some of my Best Friends are Meat Eaters," can be heard here or by clicking Read More. The band had this to say about the song's lyrical content:

"The song is, at least as I see it, about (meat) consumption and not pretending you're a better person because you don't eat meat even though it's a respectable decision. It has always been typical for the lyrical content to have a certain message and this song has at least reached one person to take a more positive stance in life."

Antillectual have been posting a new song from Start From Scratch on a weekly basis for several weeks now; those wishing to catch up should start here. The album is expected out in November and will follow up the group's 2008 effort, Testimony.

Some Of My Best Friends Are Meat Eaters by antillectual

Videos: Hour of the Wolf to release 'Decompositions Vol. 1'