Chris Wollard and the Ship Thieves: “Left to Lose” 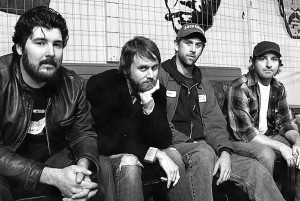 The first song featured on the upcoming 7-inch from Chris Wollard and the Ship Thieves is now streaming online. The band, which features Hot Water Music vocalist/guitarist Chris Wollard, will release the 7-inch features two new songs via Sound Study Recordings. It will first go on sale at The Fest 9 flea market on October 29. The records will be hand-numbered and limited to 500 copies.

The band last released their self-titled debut in 2009 and will be appearing at The Fest on Halloween, according to the day schedule.