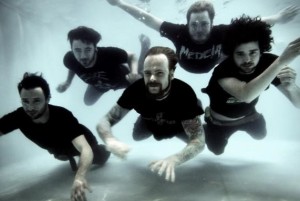 Progressive hardcore and metal collective The Ocean have posted a stream of their new album. Due out on November 9, 2010, the album is titled Anthropocentric. It follows Heliocentric from April.

The concept at the base of both albums is a critique of Christianity from different philosophical and personal angles. While the songs, art and lyrics of Heliocentric tell the story of the rise of the heliocentric world view and its effects on Christian belief from medieval times to Darwin and Dawkins, "Anthropocentric" challenges the views of creationists and other modern fundamentalists who still believe that the earth is at the center of the universe.

Find the stream via Metal Sucks.

Videos: The Carrier to release "Blind to What Is Right"