The Decemberists: “Down by the Water” 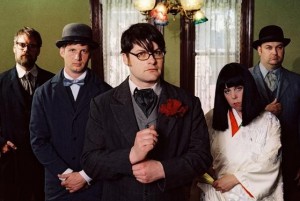 The Decemberists have posted a new song from their upcoming album. The record is titled The King is Dead and is due out January 18, 2011. Find the new song on their official website.

The band has also revealed the track listing for the record, which follows The Hazards of Love from 2009.