The Movielife confirmed for Bamboozle 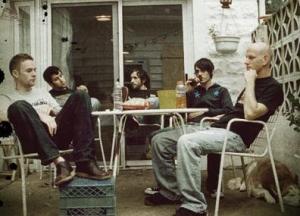 by Bryne Yancey Revelation 12 years ago

The Movielife will reunite next spring for a performance at the Bamboozle festival in New Jersey. The group will join already confirmed acts such as The Gaslight Anthem, Taking Back Sunday, Frank Turner, A Day To Remember and a slew of others. Check out the lineup here.

The massively influential Long Island, NY group split in 2003 after six years, not long after the release of their final album, Forty Hour Train Back to Penn. Members went on to form bands such as I Am The Avalanche and Nightmare of You.