No Trigger to release full-length in 2011 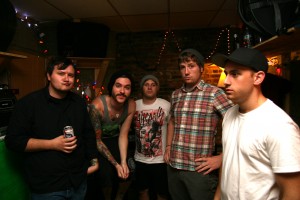 by Ben Conoley No Sleep 11 years ago

No Trigger has announced that they will be following up the recently released Be Honest 7" with a full-length set for a summer 2011 release through No Sleep Records. Their last LP was the acclaimed Canyoneer which was released nearly five years ago. The band has not titled the record yet. In the meantime, they plan on touring Australia in January and will be playing GroezRock Festival in Belgium in April.