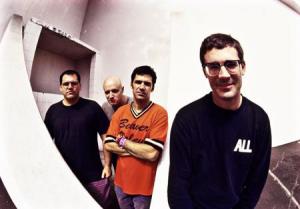 The relative flurry of activity from Descendents continues as the influential group has confirmed that they'll be performing at this year's Riot Fest in Chicago, IL on October 8. Guitarist Stephen Egerton confirmed the date on website.

The date is one of a handful the group will play this year, with performances scheduled at Punk Rock Bowling in Las Vegas, Groezrock in Belgium, NXNE in Toronto and Monster Bash in Berlin, along with non-festival dates in London and Long Beach, CA.

Music: Death Cab for Cutie: "You Are a Tourist"