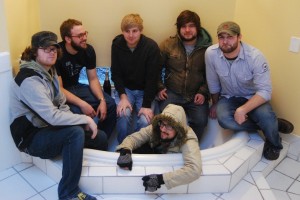 by Brian Shultz Break-ups 11 years ago

Rockford, IL emo revivalists Joie de Vivre will be calling it a day. The band posted a note on their Facebook page on Wednesday, saying in part:

"First off I want to let everyone know that it pains me to write this. Joie De Vivre is no more. Well, that may not be exactly accurate but we wish everyone to know that where we stand right now we have no intention of being a band and playing shows. That's not to say that someday we won't find ourselves together again, but for now we have to let it go. I don't have one neat, well delivered response to give you as to why we decided to call it quits but it involves a lot of other priorities.

I think I speak for everyone when I say that this band has been some of the greatest experiences of our lives and we have met some of the most amazing people, many of them who have become and will remain our best friends for life."

The band has two final shows, one in Chicago and one in Rockford. The latter will be their final show and is a fest of sorts alongside Empire! Empire! (I Was a Lonely Estate), Annabel, Emo Side Project, the Please & Thank Yous, Park Jefferson, Mountains for Clouds, Sleep Bellum Sonno, Warren Franklin, the Ground Is Lava, the Island of Misfit Toys, Dowsing, Bloom, and Respect Your Elders. It'll take place May 28 at a location yet to be announced

The band is planning a final full-length that is "about 50% done," which will follow up last year's The North End (which is still streaming on their Punknews.org profile). The band also issued several EPs including last year's You Ruined Everything That Was Ever Good tour release, a 2010 cassette split with Sleep Bellum Sonno, and 2009's Summer Months.