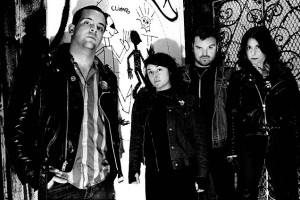 San Francisco's Neighborhood Brats, featuring Jenny from The Orphans and former members of Roofie and The Nightstalker and The Cute Lepers, have put the song "Lurkin The Loin" online as a free download. It's one of five songs from the band's debut recording session that appears on their recent 5 song 12" EP / CD released by Modern Action Records.

You can download the track here. The label compares the band's sound to "early eighties LA punk crossed with early SF female fronted bands" referencing acts such as Black Flag, the Avengers and VKTMS.

Streams: Holding on to Sound: "The Sea"