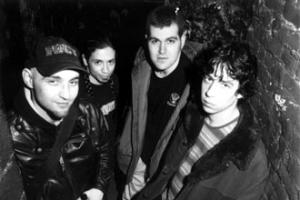 by Bryne Yancey I Scream 9 years ago

I Scream Records will soon be reissuing the entire back catalogue from Murphy's Law. The label plans to package each of the band's full-lengths--1986's Murphy's Law, 1989's Back with a Bong, 1991's The Best of Times, 1996's Dedicated and 2001's The Party's Over--with new artwork and bonus tracks, and will release the albums digitally for the first time ever, as well as on CD and vinyl. The label will also be releasing a new studio album from the band later this year.

Set Your Goals detail 'Burning At Both Ends'

Every Time I Die, I Am The Avalanche, more at Bled Fest 2011