Big D and the Kids Table: 'For the Damned, The Dumb, and the Delirious' medley 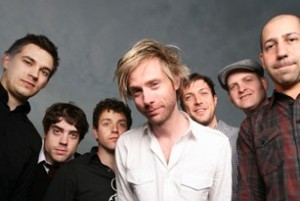 by Brittany Strummer Side One Dummy Music 12 years ago

Boston ska act Big D and the Kids Table have posted a medley of their upcoming album For the Damned, The Dumb & The Delirious on their Facebook page. The album is due for a July 5 release on SideOneDummy Records. Big D will be playing 2 shows in support of the album in Boston. The first being a listening party June 16 and the second a record release show June 18. The album is the band's first since 2009's Fluent in Stroll and will also be at this year's Warped Tour.