Dead To Me recording new LP 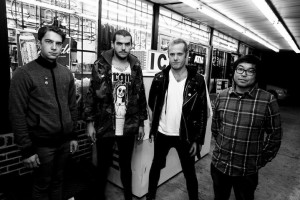 Dead To Me has entered Atlas Studios in Chicago, IL with producer Matt Allison to begin work on their third full-length for Fat Wreck Chords. The band is promising updates throughout the process via their twitter feed.

The will be DTM's first new album with their revamped lineup, featuring Sam Johnson (No Friends, VRGNS, New Mexican Disaster Squad) and Ken Yamazaki (Western Addiction, Enemy You). The group recently released a tour-only split 7-inch with Off With Their Heads and Riverboat Gamblers, detailed here.

Streams: John Joseph: 'The Evolution of a Cro-Magnon'