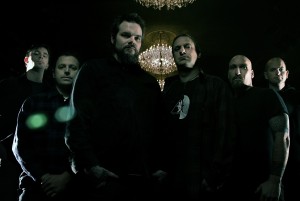 Following a limited vinyl reissue as part of this year's Record Store Day, Neurosis has announced plans for a wide CD reissue of their 2000 EP Sovereign. It's due out September 12, 2011 and will feature a previously unreleased track entitled "Misgiven" as well as revised artwork from Aaron Turner (Isis).

Despite this reissue, the RSD LP is still available directly from the band.