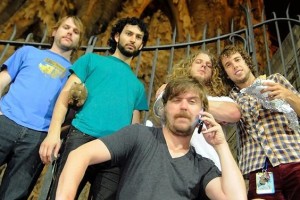 Via an Anonymous Source, Posted by Kira Wisniewski 11 years ago

HORSE the Band guitarist David Isen has launched his solo project Mavenjones, which he has been working on during HORSE down time.

Here's what Isen had to say about the project: "A lot of musical ideas that were marinating, latent, and brewing in my head needed to get out one way or another. Its a lot different from HORSE the band, but shares the same spirit of adventure. Making something yourself is especially hard because you are forced to fully expose your weaknesses - but what you lose in skill of execution, you gain in authenticity and unity of vision."