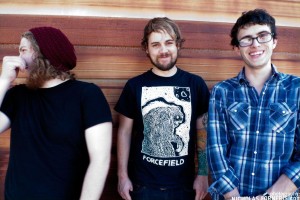 by Bryne Yancey Music 12 years ago

City of Ships' contribution to the upcoming Hum tribute is streaming via Facebook. The band tackled "I Hate It Too" from Hum's 1995 breakthrough You'd Prefer an Astronaut.

The Pop Up Records-curated tribute to Hum is slated for a September 6, 2011 release and in addition to COS, will feature covers from The Felix Culpa, Funeral For A Friend, Constants, Junius, The Esoteric and many more.

City of Ships' new studio album Minor World is due out July 19, 2011 via Translation Loss Records.

Videos: Atmosphere: "The Last to Say"