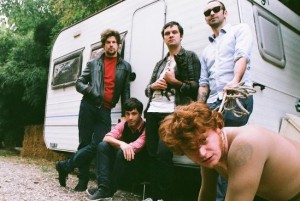 End Sounds will be releasing the new album from Italy's Forty Winks on August 23, 2011. Titled Bow Wow, the album is the first new recording from the band since 2005's Forty Winks. The band's lead vocalist and guitarist Sandro Amabili commented:

We didn't have a time limit with this album as we've had with our two previous efforts. We've grown over the past decade since our debut album, which is evident on the new album. It was a very natural and spontaneous recording process. We've stopped worrying about fitting into a specific genre or sounding a certain way. Bow Wow is an album you can blast really loud at a party or quietly within your earphones, enjoying the deeper underlining hidden sounds throughout the album.

Tours: The Slow Death (US)