White Wives: “Another City, for a New Weekend” 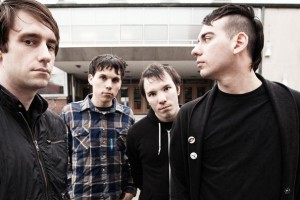 White Wives has released a new video for "Another City, for a New Weekend" from their debut full-length Happeners. Check it out below.

The group, which features Chris Head and Chris #2 of Anti-Flag, American Armada's Tyler Kweder and Roger Harvey of Dandelion Snow, will be playing a few shows later this month with Tigers Jaw and Kite Party, among others. Those dates can also be seen below.

White Wives - Another City For A New Weekend from White Wives on Vimeo.

Michael Todd officially out of Coheed and Cambria