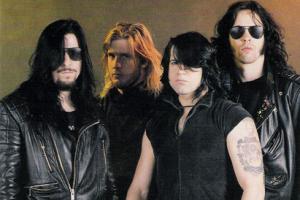 by Bryne Yancey The Misfits Tours 11 years ago

In addition to the previously announced Riot Fest performance, Danzig will be taking the "Danzig Legacy" show to three other American cities later in the year. The shows will feature a headlining set from Danzig as well as performances from Samhain and a Misfits-centric set from Danzig and ex-Misfits guitarist Doyle Wolfgang von Frankenstein.

Misfits to release 'The Devil's Rain'