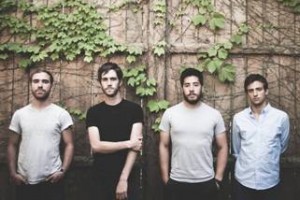 Moving Mountains and La Dispute will be playing four shows together at the end of next month before meeting Thrice to kick off a run of support dates on September 30. Click below for the details.

Moving Mountains continue to support their latest effort Waves while La Dispute's next full-length is expected out later this year.

UPDATE: We've got the details on La Dispute's new album. The record is titled Wildlife and is due out October 4, 2011 via No Sleep. A song from it entitled "Harder Harmonies" can be heard at the band's website.