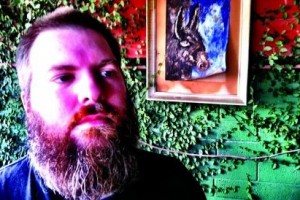 Rob Crow of Pinback has posted two free downloads from his forthcoming solo album, He Thinks He's People, which is due out October 18, 2011. It is the follow-up to Living Well which was released in 2007. The downloads will be available for the next 48 hours from Temporary Residence. The first track is the previously released "Sophistructure" as well as the new track, "Scalped."

You can find both on the label SoundCloud.