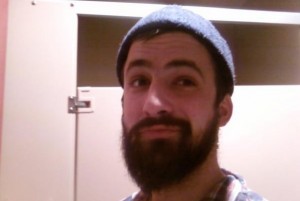 The Lawrence Arms' uproarious bassist, Brendan Kelly, is currently in the process of recording a solo album. He has been tracking his progress through his blog and his twitter. Recently he announced that he has finished recording four brand new songs:

"4 songs TOTALLY done. Add that to the 4 that are already done and we're 2/3 of the way there. sorry, folks with expectations. gettin weird"

He even goes on to mention a possible release date for November 8:

"november 8 is the projected, but we'll have to see how fast the nerds who turn the knobs work. Gotta go sing…."