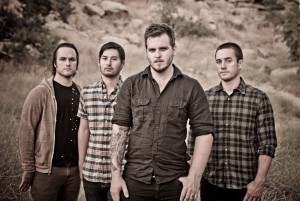 Thrice is streaming "Blinded," as well as the previously unveiled "Yellow Belly" and "Promises," at their website. The band will be streaming a new track each weekday on their site leading up to the release of Major/Minor on September 20, 2011.

Thrice kick off a headlining tour on September 30 in Las Vegas.

Videos: Dead to Me: "The Monarch Hotel" (acoustic)