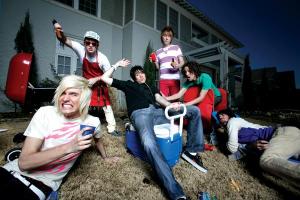 Forever the Sickest Kids guitarist, Marc Stewart, has announced on his twitter that he has left the band:

"To clear up the rumors I have left FTSK. All of the fans I met along the way were amazing and I hope I had the same Impact you all had on me"

Forever the Sickest Kids also confirmed the rumor on their official twitter page:

"Some may already know @marcFTSK is now married we wish him the best of luck & thank him for 4yrs of hard work & memories!"

Rico of Colours will be filling in for Stewart for the remainder of the tour.