Matt Pryor (Get Up Kids) announces 'May Day'

Matt Pryor of The Get Up Kids, New Amsterdams and The Terrible Twos has announced his newest solo album, May Day, will be released on January 24th, 2012. It's Matt's second solo album with Confidence Man having been previously released in 2008.

Notably, this album was the first of Pryor's releases funded through the increasingly popular Kickstarter. The campaign was quite successful and reached the intended goal in a matter of days, and finished with contributions almost two and a half times the target. Along with funding the record, Matt had funders involved with choosing the album's artwork. He plains to reveal samples of each song on Wednesday via his Facebook along with answering questions about the album. 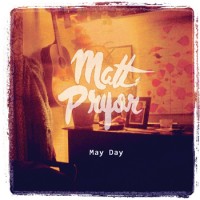