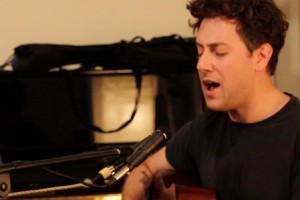 by Adam White Music 11 years ago

Former Constantines frontman Bry Webb has premiered two new songs on Exclaim. The Guelph, Ontario based musician is gearing up to release his debut solo full length Provider on November 15th via IdÃ©e Fixe Records. Click below to check out live performances of "Asa" and "Undertaker" from Exclaim TV.

Webb wrapped up a decade long stint with Constantines in 2009 to start a family. Since that time he's contributed songs to a few projects, including the film Big Smoke (which earned a Genie nomination for Best Original Song). More recently he joined Jim Guthrie and Sarah Harmer for the Haida Gwaii segment of the National Parks Project. He'll tour as support for Feist on upcoming dates in Ontario and Quebec this November.