The White Stripes: “I Just Don't Know What to Do With Myself” (Pop Up Video) 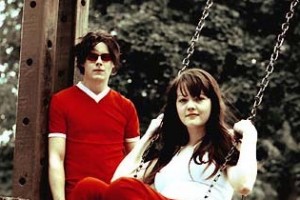 Along with the recent reviving of Beavis & Butthead, MTV/VH1 has also resurrected the venerable VH1 program Pop Up Video. For those unfamiliar with the 90s-era program, it "pops up" bubbles with trivia and more overlayed on videos and was the most popular show on VH1 until 1998. I'm pretty sure the most popular show on MTV right now is Jersey Shore, so infer from that what you will.

In any case, one of the first videos handled by the newly rebooted program is the White Stripes favorite (and Burt Bacharach cover,) "I Just Don't Know What to Do With Myself." The original video was directed by Sofia Coppola who also made a popular movie about Japan that same year.

Get More: The White Stripes, VH1 Pop Up Video

Streams: Wolves At Bay: 'Only A Mirror'