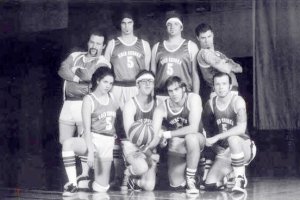 Contributed by NotSteven, Posted by John Flynn 11 years ago

Christian ska-punk band Five Iron Frenzy have reunited after 8 years apart, and announced plans to record a new album to be released in 2013. The album was tentative, pending the success of the band's also-announced Kickstarter campaign, but the requested $30,000 goal was reached in just under an hour. As of right now, the total haul stands at more than $80,000 from almost 1500 donors. For those that like dividing things into other things, that means that average donor ponied up more than $50. Excess funds will go to support the band touring and playing festivals. To whet fans' appetites, the band has posted a new song, "It Was a Dark and Stormy Night," available as a free download via their website.

The band's last release was The End is Near in 2003, before splitting up. You can read more and check out the new song here.