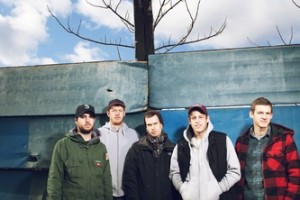 Contributed by alex101, Posted by John Flynn 11 years ago

Such Gold have announced via AP that their yet-untitled debut full length will be released April 10, 2012 by Razor and Tie. Bassist Hubbard described the new songs:

Our new songs are a great mix of what we did on Pedestals and Stand Tall, but with a new twist. We pull in a lot more of our influences from other styles, not just hardcore and punk. It's still fast-paced and intense, but also very melodic, technical, and catchy.

The band's most recent release was their split 7" with Into It. Over It.

Holy Fever (Suicide File, Give Up the Ghost) announce debut

Against Me! beginning work on next album