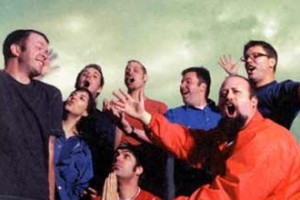 by Aubin Paul Ska and Reggae 11 years ago

It's been just one week since our last update on the staggering fundraising efforts of Five Iron Frenzy. Last we checked, the band was at $80,000 but as of this morning, the band had surpassed $150,000 in pledges towards their next album.

The band had reunited after 8 years apart, and announced plans to record a new album to be released in 2013 depending on the success of a fundraising campaign to raise just $30,000. Instead, the band has done that five times over, with more than 2000 donors giving more than $65 apiece. At least five people gave more than $1500 each, The band has posted a "thank you" video and a summer practice session. .

The band's last release was The End is Near in 2003, before splitting up. They also released The Rise and Fall of Five Iron Frenzy DVD on Asian Man Records.

Music: The Mighty Mighty Bosstones: 'The Magic of Youth'