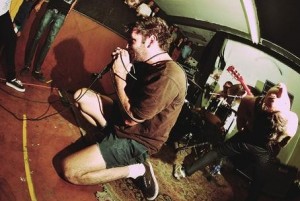 Contributed by nedsammy, Posted by Aubin Paul Matador 10 years ago

Matador Records will be releasing their first 7-inch from critically acclaimed hardcore outfit Ceremony in early 2012. According to the label, the 7-inch will be released on January 17, 2012 with the first 200 coming in clear vinyl. The two-song disc features the title track "Hysteria" and a cover of Urinals' "I'm A Bug."

It follows up 2010's Rohnert Park and 2011's Covers, both released on Bridge Nine Records.