Breakup albums mark a turning point for a band: the moment when their sound completely changes and reaches a new level of emotional clarity. All that heartbreak and malaise condensed into any single record often makes for a defining piece of work, no matter the genre. The best records explore the nooks and crannies of sadness, learning it inside and out â€” celebrating it.

Ceremonyâ€™s fifth studio album, The L-Shaped Man, uses singer Ross Farrarâ€™s recent breakup as a platform to explore loneliness and emotional weariness, but it is by no means a purely sad album. Rather than look inward, Farrar uses his experience to write about what it means to go through something heavy and come out the other side a different person.

In order to tell Farrar\'s story, Ceremony have almost completely stripped back the propulsive hardcore of their previous records, turning every angry outburst into simmering despair. â€œWeâ€™ve always tried to be minimalists in writing, even if itâ€™s loud or fast or abrasive,â€ says lead guitarist Anthony Anzaldo. â€œItâ€™s really intense when I hear it. Not in a way where you turn everything up to ten. Things are so bare, youâ€™re holding this one note for so long and you donâ€™t now where itâ€™s goingâ€”to me, thatâ€™s intensity.â€ That intensity is apparent on â€œExit Fears,â€ the first full song on the record. It meticulously pairs Justin Davisâ€™ loping bassline, which pulls the track along, with Anzaldo\'s icy, minimal guitar work. It brings to mind some alternate version of Joy Division that hasnâ€™t quite lost all hope. It gets close to exploding, but instead plays the shadows, never quite rising above a nervous simmer.

â€œA lot of the content has to do with loss, and specifically the loss of someone who you care deepl about,â€ Farrar says. â€œThere is no way for you to go through something like this artistically and not have really strong emotions of loss and pain. Thereâ€™s not really any way to hide that.â€ Farrar, for his part, is singing with a new kind of intensity, his baritone swooping and retreating from stressed angst to unsettling near-mutter as he sings, â€œYou told your friends you were fine/ you thought you were fine tooâ€¦â€ and later, â€œnothing is ever fine/ nothing ever feels right/ you have to tell yourself you tried.â€ Itâ€™s the first of many lyrically direct moments, and it should be hard to listen to, but Ceremony have so effortlessly nailed the sound of sadness that it feels great to live inside for awhile.

The sound is abetted by producer John Reis, who honed his sound in seminal bands like Rocket from the Crypt, Drive Like Jehu, and Hot Snakes. Much of the gravelly aggression he experimented with in those bands is present on The L-Shaped Man.

There\'s a story behind the title too. â€œI was speaking to our driver Stephen while on tour,â€ Farrar says. â€œWe were talking about men in general and what shape they areâ€¦their body type. I said, â€˜I guess men are in the shape of an L. The torso is straight. Vertical. And then you have the little feet at the end.â€™ Thereâ€™s this painter named Leslie Lerner who was living in San Francisco in the â€˜70s and â€˜80s and made these beautiful paintings. He died on my 21st birthday. A lot of the record is about the similarities in our ideas. In what weâ€™re trying to make. Things that have to do with love and losing love.â€ 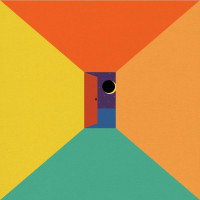 In The Spirit World Now 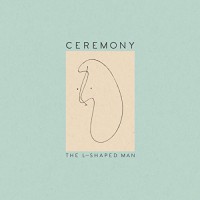 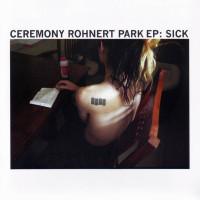 Still Nothing Moves You

In The Spirit World Now