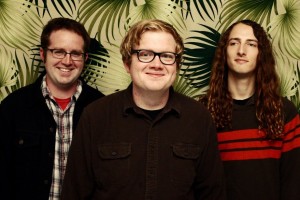 Cheap Girls have posted the first song from their upcoming Rise Records debut titled Giant Orange. The album was produced by Tom Gabel of Against Me! at his newly built Total Treble Studio just outside of St. Augustine, FL. Gabel commented on the record:

The band worked hard on this album and should be proud of the final document. With Cheap Girls you not only have an authentic Midwestern Punk/Rock band in the vein of the Replacements, Soul Asylum, Sugar and early Smoking Popes, but you also have an incredibly talented lyricist and songwriter in Ian Graham. I'm lucky to have gotten the chance to work with them.

Propagandhi set to record in early 2012