The Riot Before launch Kickstarter to press collection of early recordings 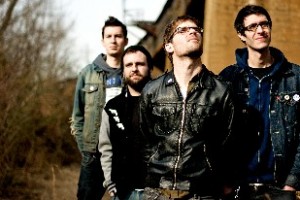 Contributed by Rodeo, Posted by John Flynn 10 years ago

The Riot Before and Say-10 Records have launched a Kickstarter project to release a posthumous collection of the band's early material as a double LP. The proposed collection will comprise the band's material from 2005 through 2007, including Horseshoes and Hand Grenades, the So Long, The Lighthouse EP, and their split with Broadway Calls. You can check out the project and the incentives here.

The Riot Before called it quits earlier this year. Their last release was 2010's Rebellion.

R. Kelly has penned 32 new chapters of the "Trapped in a Closet" saga