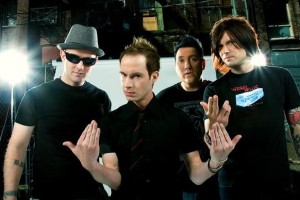 Absolutepunk is hosting a lengthy feature about Burlington's own Silverstein which also includes two new songs from the band's upcoming collection of originals and covers titled Short Songs and due out February 7th, 2012. Shane Told talked a bit about the punk covers and how the genre fits into Silverstein:

American Nightmare, Kid Dynamite, Propagandhi and Lifetime are our favorite bands collectively [but] I don't think we purposely try to stray away from our influences. I think we've just found our sound, our Silverstein sound, and that's what it is. No matter what type of song we're writing, it's still the five of us – it's always been the five of us – so it has our sound there. Even with [Short Songs], we're not trying to be Kid Dynamite. We're not trying to be American Nightmare. We were trying to make a band that sounded like Mineral and Knapsack and The Get Up Kids – that's what we purposely wanted to sound like, with hardcore mixed in. And then we started screaming, and it just so happened that there was a floodgate of bands that were doing that, and I guess that's how we became popular. We just started doing something that ended up catching on at the right time.

The band has also released their covers of Gob's "236 E. Broadway" and their original song "Sick As Your Secrets." Check them all out here.