Jughead's Revenge to begin recording new material in May 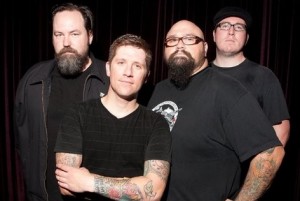 Contributed by alex101, Posted by John Flynn Nitro 10 years ago

Jughead's Revenge stated on their Facebook page that they are currently in the midst of writing new material. The band hopes to record in May, and release "an EP or 7-inch soon after."

Jughead's Revenge split up in 2001, but announced their reunion in 2009. This would be their first new release since 1999's Pearly Gates.

Videos: The Black Keys: "Gold on the Ceiling"

Videos: Converge, Paint it Black, 108, and more to appear on bike safety comp.