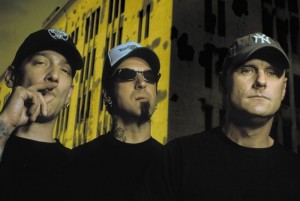 Hardcore/noise outfit Unsane have released a new song from their upcoming album, Wreck, due out on March 20th, 2012. The album was recorded with Andrew Schneider at Brooklyn's Translator Audio and represents the bands' 20th anniversary. It's their first new record since 2007's Visqueen.

The band will be supporting the record on a upcoming tour with the Melvins.

Roar announce details for 'I'm Not Here To Make Friends'