Apologies, I Have None: “Clapton Pond” 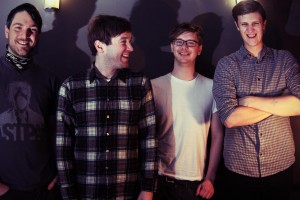 East London's Apologies, I Have None have released the video for 'Clapton Pond', the second video from their upcoming debut full length, London. In addition, the band have launched pre-orders for London on CD or LP, as well as a limited edition t-shirt, details of which you can find here.

The 'Clapton Pond' video was put together by JG Harding and Sam Russo. Apologies will be taking to the road with Great Cynics and Crazy Arm for a string of UK dates in late February and early March.

Music: Whirr: "Home Is Where My Head Is"