Streetlight Manifesto boycotts its own music 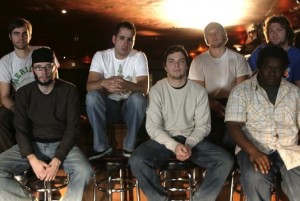 Contributed by denverdunn, Posted by Aubin Paul Victory 9 years ago

A number of you wrote in with the surprisingly news that Streetlight Manifesto is now asking fans to boycott their music. The band, who have been frequently critical of their label, Victory Records, posted a lengthy blog update where they ask fans to avoid buying any of their material from Victory Records, retail, or iTunes. Instead, they urge fans to buy the record from their shows, through their website, or even download the music illegally. The band explained the unusual decision:

It is and has been for quite some time our position that Victory Records is an artist-hostile, morally corrupt and generally dishonest company, with whom we have had the displeasure of being associated due to a contract that was signed years ago. We wish Victory Records no ill will or harm. Ok, that's not entirely true. But what we want more than seeing the bad guy get his comeuppance, to see the villain get bitch-slapped by karma, is freedom from a company we abhor. We want the money made by our record and merch sales to help fund the band, not a company we're ashamed to be associated with.

The A.V. Club posts an oral history of The Promise Ring