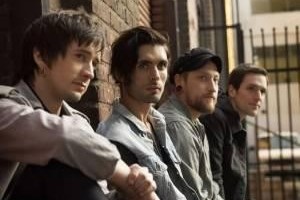 All-American Rejects have announced a headlining tour that starts May 5. The shows will be followed by a string of five more dates supporting Blink 182, as well as their previously announced European tour together starting in June.

All-American Rejects will be supporting their upcoming full-length, Kids in the Street which is due out March 27, 2012. They released their first video for "Beekeeper's Daughter" a few weeks ago, which you can view here.

Streetlight Manifesto boycotts its own music

Tours: Laura Stevenson and the Cans (US / western Canada)